What is Mind Mutter? Part 1 - The Average Enforcer


When introducing the wonders of Mind Mutter, what it is and how it works, it is beneficial to look at the effects it has on people like us. This article will take a brief look at how Mind Mutter affects peoples thinking, their achievements, their successes and failures. 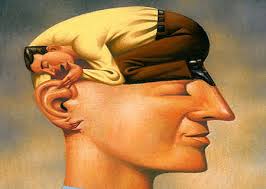 Have you ever wondered why people at the top of their game somehow fail - spectacularly? Think of people in sports, and how at the pinnacle of their career, they make a blunder that destroys their reputation. A top marathon runner, a shy person that shuns media attention, causes such a media spectacle in a top class race, then drops from the "scene" completely, never to be heard from again. How does this happen to world class athletes?

A cricket player comes to mind that had to bat the winning runs at the end of a closely contested game. He took a wild swing at the very last ball that was bowled, lost grip on his bat in the process, and sent it flying. He took a mad dash to the other end, only to cause his team mate to be "run-out"! His team lost the game and the series as a result. He had played and performed well under pressure before. He was experienced and level headed, yet in that moment; he seemingly lost control of his mind and made a series of bad decisions that cost his team the game. This event turned the limelight elsewhere. Why?

You might correctly assess that these epic failures are due to the athletes melting under pressure. You could surmise that is was a pressure cooker situation filled with volatile emotions, which resulted in bad judgement. Maybe it was all due to a lack of experience on how to handle that specific situation. As accurate as all these assessments may be, they all point to a mental and emotional process failure within the individual concerned. This failure took them from high levels of performance with all its fame and fortune trimmings, down to a lower level of existence.  This lower level may still be high in the average mans eyes, but compared to the peak these hero's reached, they fell down to a level of mere mediocrity.


Now consider that Mind Mutter is the collective voice of all the roles that you play in your life. Each one of us plays multiple roles in our daily living. For example, I am a male, and I am a dad. I'm also a son, a brother, a lover and a friend. Around my work life I play roles of writer, artist, speaker, marketer, negotiator and deal maker. Each one of these roles I have in my life is made up of values, beliefs and behaviors. Each role has a little voice of experience that tries to guide and lead us through our daily living. Together all these single quiet little voices make a stronger collective inner voice of persuasion. This collective voice of our multiple roles is called Mind Mutter.


We all know that voice; the condescending, correcting, self doubting voice that seems to never stop. This voice continuously pokes and prods us with guilt trips. It reminds us of past failures and ironically - ridicules us because we have not reached our potential.  You may term Mind Mutter as the inner conscience, the guiding voice, voice of reason or call it the nagging little voice in your head, but of this your can be sure - it has a purpose, and it is here to stay!


We will discuss the many roles and functions of Mind Mutter in subsequent articles, with all of its benefits. What benefits could this negative, dis-empowering inner voice possibly have, I hear you ask? The great athletes we mentioned at the start of this article all used Mind Mutter in a positive way to reach great heights initially.  Mind Mutter is often the difference that makes the difference between mediocrity and brilliance. Correctly utilized, Mind Mutter is a powerful inner force that will empower your success and sustain excellence. But before we get to that story, you must understand the number one function of Mind Mutter.


Mind Mutters' primary role is known as the Average Enforcer. This collective voice is the average total of our roles. Did you get that? As I look at the roles I play in my life, I realize that there are some roles I like and do well. I enjoy writing. I think I am a great dad. I spend a lot of time and effort to develop these roles, in order for me to perform well in these areas. There are also roles I am not so good at. There are roles that I will avoid as much as possible. I am not fond of marketing, and when it comes to family I fail consistently. When I take these roles and add together the successes, achievements and appreciation for my strong roles, as well as the failures, guilt and pressure from my weaker roles, I get an average that equals my self-worth.


My own worth or the value I place on my own identity is directly related to the average sum of worth for my roles. All of my roles! This average worth or value becomes the average standard of my life. It is Mind Mutters responsibility to ensure the outcomes of my efforts always average around this personal life standard. When I fail at something, and this outcome is far below my personal life average, Mind Mutter will kick in, soften the sting of failure, enthuse me to attempt again. Mind Mutter wants me to live around my personal life average and will lift me to that height if I fall below it.


It is possible to have a higher life standard than those around us, as is evident in those individuals that rise to a success level beyond that of their friends, family and peers. Even those who live amazing lives of greatness have experienced the glass ceiling that prevents their growth. Most put it down to the fact that they have reached the limits of their capacity. No. They just met the great life average enforcer inside of them, called Mind Mutter.
at 7/12/2015 11:37:00 am
Email ThisBlogThis!Share to TwitterShare to FacebookShare to Pinterest
Labels: Excellence, Goal Setting, Goals, Leadership, Mind Mutter, Purpose, Self Development, Self Help, Success