How to Become a Dream Partner

How to become a Dream Partner 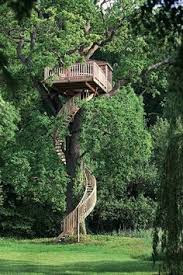 Not tall, nor fat, not ugly, nor rich, with no enemies, nor any friends, our man Jack was average. At the start of this story we find him sitting on the roof of his house somewhere in the middle of an old oak tree. That’s right; his house was in a tree. He sat on the roof, staring at the moon, pondering. This had become a regular occurrence for Jack after his forty-fifth birthday; staring and pondering. 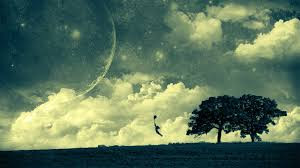 Jack feared that life had slipped by him. He had started out with big eyes, a bushy tail and full of hope as a kid. But, as his birthday came to a lonely end, Jack realised he was not the man of his hopes, nor was his life by his own design. As the full moon drifted into the night sky of his birth day, Jack decided the reason for his being average.
It was a matter of height, Jack told the Butcher, the Baker and old Mrs. Smith. He explained that he was twice denied because of a lack of height. Jack told the three that Hope needs to reach into the sky like a lighthouse and a marker to dreams so they know where to go. Twice denied, he said again. First, his hopes didn’t reach to a height enough to be a signal. Second; dreams passed him by, way too high to touch. 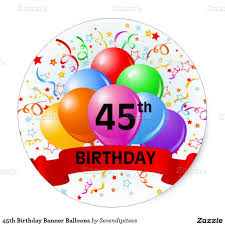 The way Jack saw it was that his hope, like his heart, was too heavy to reach a height that could be a lighthouse to his dreams. He had seen a dream or two in his youth, hovering above his head, just out of reach. Jack lacked the height to grab hold and pull down the dreams and make them his own. As a result of shortness and heavy hopes, his dreamless life was empty.
It was on the morning after his birthday that Jack decided to build a house in a tree. From this vantage point, his heavy hopes could be of use. Living in a tree Jack would be closer to what he wanted most; a dream for his life. It was two weeks after Jack had moved into the tree house that he climbed onto the roof. It seemed more height was needed than just living in a tree.
Sitting on the roof of his house up in the old oak tree, Jack watched the moon and pondered how he could get a dream. When it was quiet and all were asleep, Jack would often see a dream drift by. Several times Jack saw how a dream stopped over someone’s house, and slowly lost height until it slipped through the roof and out of his sight. In the morning the person living in that house would walk out, stretch, smile and say: Oh what a beautiful dream, oh what a beautiful day. 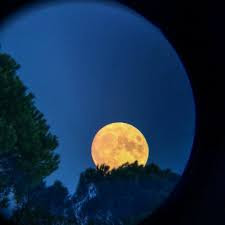 Jack wanted a dream of his own. Gazing at the moon, he spotted something between the leaves higher up in the tree. Staring back at him were large green eyes. As his own eyes got familiar with the shadows, Jack could see a dainty white owl. Her fluffy white feathers rippled gently in the night breeze. Unblinking, she stared at Jack with curiosity and wonder.
It was the first time the Owl had seen a man living up so high. What was even stranger; the man was awake and sitting on his roof of his house. Everyone else was at home on the ground and fast asleep. The white Owl had watched the man trying to reach for a passing dream, but it was just out of his grasp. He seemed sad when the dream slipped through his fingers and vanished into the night. Maybe, the Owl thought to herself, if she guided a dream to the man, he would be happy and would then go to sleep.
As Jack watched, the Owl slipped off the branch and glided through the tree and out into the night air. Soundless, she flapped her powerful wings, circling higher and higher. Spotting a dream floating in the distance, the Owl changed course and readied herself for a swift aerial snatch. She was well practiced in catching dreams floating in the night sky. Her purpose in life, other than being an owl, was to guide lost dreams to waiting dreamers.

Jack stood up and watched the Owl as she targeted the dream in the distance. He recognised the Owl as being a Dream Guide, aide to Dream Weavers, who guide lost dreams to their rightful owners. Jacks heart beat faster as he watched the Owl return with the prize clutched firmly in her claws. The Owl spotted Jack standing on the roof of his house up in the tree. This will be an easy delivery, she thought to herself.
The Owl wasn’t popular with the Dream Weavers, because of her poor memory. Dream Guides are supposed to live in a town and get to know everyone. On request of the Dream Weavers, the Owl was to deliver specific dreams to specific dreamers. As hard as she tried, the Owl could not remember who was who and where each dreamer lived and her delivery service was a bit of a hit and a miss as a result. But tonight she was happy at the thought of a satisfied dreamer.
Expertly manoeuvring between the branches of the oak tree, the Owl guided the dream right into Jack’s waiting hands. Bursting with excitement, Jack readied to catch the dream as the Owl perched close by. Jack’s hands passed right through the dream. Frantically he tried to grab onto it as it slowly drifted higher. Each time he tried to grab it, Jack’s hands passed through the dream, unable to get a hold of the thing he wanted most. He shot a desperate glance at the white Owl. 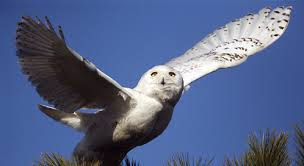 The Owl leapt from her perch, and with a swift action she nabbed the illusive dream and practically dropped it on Jack’s head. Jack tried to catch and hold onto the dream with both hands, but to no avail. The dream calmly drifted from the tree and back into the night sky. With a quick snatch and return, the Owl brought the wandering dream back to Jack. Hovering above him, she decided she would push it into his head on his behalf.
As she edged closer to Jacks head, with wings beating frantically, it wasn’t that the dream went into Jack’s head. Rather, Jack’s head disappeared into the dream. “This isn’t my dream,“ said Jack to the Owl. “It belongs to the Butcher,” He said pointing to a house. Deftly the Owl flew through the tree with the dream out into the night sky. Stopping over the house that Jack had pointed out, the Owl let go of the dream. It drifted down, as if it was drawn by something or someone. Slipping through the roof, the dream vanished from sight. 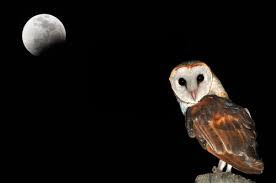 Flying high, the Owl spotted another dream. On her return, Jack pushed his head into the cloud, and pointed to a house; “It’s the Bakers dream.” After delivering the dream to its rightful owner, the Owl carried yet another to Jack’s house. Jack pulled his head out of the dream and smile; “This one belongs to old Mrs. Smith,” he told the Owl as he pointed to a cottage.
The Owl brought Jack one dream after another, but not one belonged to Jack. Exhausted, the Owl perched alongside Jack, sitting on his roof. Together they watched the sun peek over the horizon. Jack watched as one for one, the Butcher, the Baker and old Mrs. Smith, walked out of their house. In the morning air; they stretched, smiled and looking into the sky said: What a beautiful dream, what a beautiful day. With that each one went on their way. A tear welled up in Jacks eye, and tumbled down as he laughed.

With a smile in her eyes and contentment in his heart, the Owl and Jack team up night after night to connect dreams to dreamers. If you should pass that old oak tree, and spot a house between the leaves; stand still and be quiet. You might just hear the gentle snoring of a content Jack, and possibly spot the number one Dream Guide Owl, asleep on his roof. To this day, they work together bringing smiles to many as the only pair of Dream Partners.