3 Kinds of Sacrifices Leaders are called to make 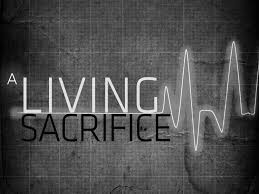 It will come as no surprise to someone climbing the Leadership Ladder that leaders have to sacrifice in order to succeed! The glamorous image people have of leadership hides the fact that leaders are called to give up more than anyone else in order to stay up the ladder as a leader. The higher you climb as a leader, the greater the sacrifice you will be called to make. Leadership is marked by true living sacrifices.


New and budding leaders often falter when they discover the types of sacrifices they need to make and their growth path changes from one of leadership to one of dictatorship. Here is a brief list of sacrifices a leader will be called to make on their path to success:
1.       Rights vs. Responsibility 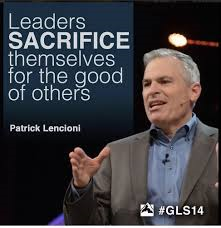 The call of Team members, followers and labourers is one of “What are my rights?” Rising Political Parties teach the poor about their rights, promising to deliver once elected. Demanding Rights does not empower the masses, but rather dis-empowers them, making them dependant on a provider or rescuer that will provide them means and resources to exercise those rights.


A Leader demanding rights is merely a dictator serving his or her own interests first A leader is aware that in order to grow he or she must let go of their “Rights” to embrace their “Responsibility”! That’s right – a leader owns his or her problems and situations and looks to empower themselves in order to move forward. 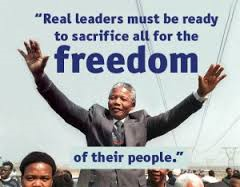 A quick way to determine if you are dealing with a follower or a leader is look at who they serve with their energy and attention. Team members and followers are all about themselves. It’s a “see me too” attitude in conversations and interactions.


It is disappointing when a Leader cannot let the light shine on someone else, but needs to be in the spotlight at all times. It shows their insecurity about their position and influence on others, and is really quiet unattractive. A leader turns the focus onto others. A leader takes the first step in connecting with others by demonstrating interest in them, allowing the spotlight to fall on another without being intimidated or threatened. If you cannot be graceful in the shadows, you will be an arrogant monster in the lime light.

Team members, followers and labourers are always scouting for their gain, their benefit or their reward. They always ask – What’s in it for me? They are selfish with what they gain, choosing to spend their reward on themselves. Be sure of this – No team member will sacrifice or invest his or her reward neither on the team nor on their growth within the team. 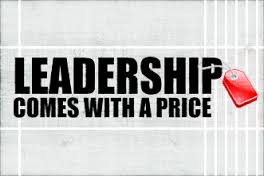 This sense of sacrifice could easily demoralise your leadership dreams, but don’t let it paralyze your growth. Sacrifice is part f the “leadership ladder” structure. You must give up in order to go up, and you must give up to stay up. Sacrifice is and always will be a part of what separates the team members from the leaders.
at 10/06/2016 03:09:00 pm
Email ThisBlogThis!Share to TwitterShare to FacebookShare to Pinterest
Labels: leaders, Leadership, leadership development, Leading Edge, Management, Motivation, Personal Development, Purpose, Responsibility, Success