The Map is not the territory 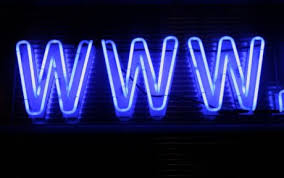 The Map is Not the Territory
Dishes, Dances, Business and even bombs! These days you can find a formula or recipe for just about everything on the internet. I have found one that I particularly like: A survey of the "bigger" 500 companies in the world revealed that they share a common denominator. They share a set of statements, or beliefs, that each of them holds as true. It seems that these beliefs are fundamental in defining the mind set of the employees of the companies, that lead these companies to excellence. It seems that this formula is one to generate success.


All 500 companies hold the same, or at least very similar, beliefs of excellence. Furthermore, they are convinced that by applying this formula, any person or business will be able to duplicate their excellence. Who am I to argue?


So, maybe by sharing these beliefs, I can improve the world? Well, I don't know about that, but I do know that there are at least 10 of these common beliefs of excellence that I would like to share with you.


The first of these is : THE MAP IS NOT THE TERRITORY


On the face of it, this may seem like a little— "stating-the-obvious!" However, this statement has great value. Have you ever looked at a map of the inner streets of a big city, and thought "okay, this is easy!", then driving on those streets, and had to avoid pigeons, people, taxi’s monuments and more!


I have seen people live their life according to their own rules, as if they had an internal map of the world—and then expected everyone else to conform to the map! A one-rule-fits-all mentality that says to the world -"I have got you figured out! And if you don’t fit to my map, well, then just maybe you don’t exist!"


If I was to hold the statement—The Map Is Not The Territory — as true, I would imagine some changes in my way of thinking and in my approach to other people and different situations. This statement as a belief makes me want to say "hey, maybe I don’t know everything! Maybe I could learn something from this situation or from this interaction!" The possibility that my "map" of the situation is a representation that is skewered by my own beliefs, by my own "take" on things. Maybe by asking more questions, being sure that my internal reference matches the external territory, before I make a move, before I make a comment. What will this cost? A little time and a little patience to verify that my map is accurate.


The Map is Not The Territory is the kind of statement that makes me want to be an eternal student, learning from the lectures of life, and adapting to this new information. I mean, if a GPS has to "re-calculate" every time you miss a turn, shouldn't we re-calculate our outlook on life with all it’s rapid changes? Shouldn’t we take time to align our internal map of the world to the real world it represents?
at 7/10/2015 03:54:00 pm
Email ThisBlogThis!Share to TwitterShare to FacebookShare to Pinterest
Labels: Beliefs, Goals, Management, Self Development, Success