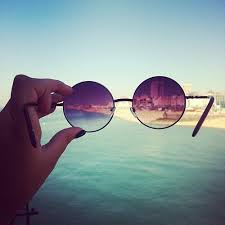 All of the beliefs included in this 10 part Formula for Success Series encourages people to deal with their own perspective on the world. It seems that in this world perspective is the difference between those that achieve their own desired results and those that live in a bitter place. Even Einstein based his Theory of Relativity on the principle of perspective.


This discovery made me analyse all of my beliefs differently. As I uncover my beliefs I ask the following questions: What perspective does this belief give me of the world in which I live? What can I learn from this belief and the perspective it offers? How can I alter the belief to give me a better perspective?


These questions give me an opportunity to evaluate my own attitude and perspective of my world and my surroundings. If attitude determines altitude, then beliefs are the attitude adjusters!


My most limiting attitude has to be the one directed at people. I have caught my-self remarking on people’s intelligence more than once. I work with people on a daily basis. Each day I meet new people. There are times when I do not get the results from the people I deal with, and I assign this to their stupidity. The issue with such a belief is not just limited to the bad attitude I displayed towards others, but it also affected the overall performance of my company. For me to do better I need people to perform better.


The tenth belief in our Formula For Excellence helped me adjust my attitude to-wards people in a quick swift manner. The Results of the communication is its meaning.


This statement implies that the results I achieved in my company with the people I deal with is as a result of the communication that I used. The results were because of the way I had communicated. That was a kick in the teeth. Maybe people weren't the stupid ones. Maybe I was the stupid one with poor communication skills.


Once I had turned the— result of the communication is it’s meaning—statement around in my mind a few times, I figured that if I did not like the outcome of my communication with people, then I would have to change my communication until I got the results I wanted. It is such a simple mind adjustment. Its not the "No, you don't understand what I am telling you" mind set that I used to justify my own intelligence. It is rather a "I am not communicating this correctly. Let me put it differently" kind of approach to communicating.


I hope I am communicating these beliefs of the FORMULA OF EXCELLENCE in a manner that will encourage you to consider them to be a part of your life, allowing your attitude to take you to the highest of altitudes.