I was Hijacked and Survived!

Seething anger and the sickening feeling of helplessness! The two emotions that hijacked victims must overcome in order to move forward in life. This article is not about the potentially lethal car hijacking. Although this form is very rife in my country, this article is about a less dangerous form of hijacking, but no less invasive.

I am fairly new to online business and social media. Although I had a twitter account since 2010, it was not actively promoted or used. It wasn't till February of 2014 that I realised the benefits of Twitter and became addicted. The account grew slowly as I learned new techniques and applied them to promote my presence.


The account grew to approximately 2500 followers by December 2015. Yes, I know it's not a small country worth of followers like some of the rich and famous accounts. For a middle aged, middle class new-comer to social media, I was proud of my little Twitter account.
Early in January 2016 (the 2nd, in fact) I realised I could not access my Twitter account. It took me a whole week to figure out what was wrong. Suddenly I broke out in a cold sweat. Nausea flooded my body and rendered my useless. I sat paralysed, staring at my account as every two minutes a new tweet appeared on the screen. Extremists had hijacked my account and broadcast death and destruction using my Username, my Profile Picture. 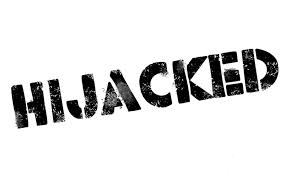 Another week past before I calmed enough to try and resolve the situation. Many emails and messages to Twitter left me with a sense of helplessness. There was nothing they could do. I then discovered that another account - Tweet Jukebox was ambushed too. There was nothing Tweet Jukebox could do to regain my account either. The thieving terrorists had hacked my account and changed the email address and the password to the account. I was locked out.
As the legitimate "owner" of the accounts, I could not provide the email address or password for the account and I was viewed as a potential hacker. I remember thinking to myself, if I was hacking the account why would I be asking for help to recover my account?

So, a month down the line I have restarted my Twitter and Tweet Jukebox accounts. I am still angry at the thieves. I am a little raw at the fact that I have lost my followers, some of which are influencers in my field of business.
I realised that the hijackers jumped my Tweet Jukebox account first and then my Twitter account. Tweet Jukebox can be used to pre-load messages and program a release time when you want tweets to go out on Twitter. It is really simple to use and really effective. I had a paid account which gave the thieves the ability to tweet every minute if they wanted to, polluting my reputation and alienating my followers. 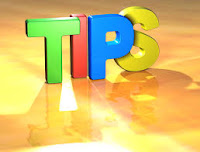 Tips To Prevent a Hijacking

So here is a list of the steps I took to regain my sense of power and my Twitter dignity. Some of the stuff worked, some of it was pretty stupid, but the list is complete with some tips on what you can do to prevent this from happening to you:
1.       Harassed the hijacker from other people's accounts: Although I am grateful to my friends for letting me swear at the hijacker from their accounts, this was probably the silliest thing I did. Not knowing who the hijackers are, I vented. I called them thieves. I swore. I inadvertently put the lives of my friends in danger. This abuse caused the hijackers to change the username (four times in fact), allowing me to open a new account with my old username. I had well advertised the username and am glad I didn't have to forfeit that effort.
2.       I changed all my passwords. Yes, I know it is a bit late to close the stable door once the horse has already crossed the county boundary, but I didn't want any more accounts to be snatched from under my nose.

4.       I visited the jacked account and followed all (most) of my old followers. The plan was to follow my old followers and inform them that the account had been hijacked. In hindsight, maybe I shouldn't have cussed the pirates as much as I did while following the Followers. They blocked me. I followed about a third of the list before I got the message to say I was blocked. All those I followed, followed in return.


5.       Mix up the tweeting times. Tweet Jukebox offers the user the ability to tweet consistently at regular times. This paid off handsomely to attract new followers, but it also alerted the hijackers that I used a paid version of Tweet Jukebox. The consistency of my tweeting red flagged the Twitter Thugs to the fact that my account was paid up and ready to spew propaganda at their command.

Now I tweet irregularly. I mix up what I tweet, when I tweet and time blocks I tweet. This is probably not the most fool-proof way of avoiding another hijacking, but at least it is not a target strapped to my account.

6.       Change your passwords regularly. I know, I mentioned it in point 2 already, but this is important folks. Mix it up, change those passwords regularly. If you are like me, you may use the same password for a number of accounts. That is dangerous and careless! I learned that the hard way. Take it from me, it is safer to have different passwords for different accounts, and please, to prevent hijackings, change your password frequently!
at 2/11/2016 10:11:00 am
Email ThisBlogThis!Share to TwitterShare to FacebookShare to Pinterest
Labels: Followers, Grow Online, Growth, Hijacked, Online, Safety, SEO, Tips, Twitter