4 Principles of Momentum in Leadership 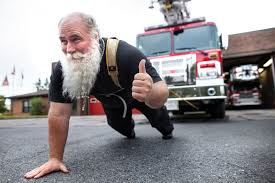 Like a strong man in a Truck Pulling Contest – Leadership is hard to get started! The strong man leans into the braces with his full weight, taking small, but strong steps to just get the truck rolling. Once it starts to move, keeping the truck rolling is a lot simpler. It the same way, starting your team off will take all the strength you have, but will get easier as you roll along. 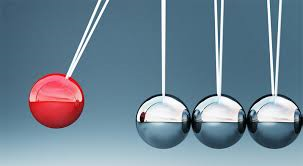 It seems Newton’s law of Inertia can easily apply to leadership: An object (or team) at rest stays at rest, or an object in motion stays in motion unless acted on by an unbalanced force.


As a leader, if you cannot get things started, if you cannot get moving – you will fail! It is time to learn how to harness a leader’s best friend – Momentum!
Let’s look at four Principles of Momentum:
1.       Momentum Exaggerates Everything: When your team is rolling along, even the smallest effort to solve problems seems to produce magnificent results. Small problems vanish, and large problems seem to take care of themselves. When you have movement, every little bit of effort is exaggerated as if under a magnifying glass, and will carry greater impact. 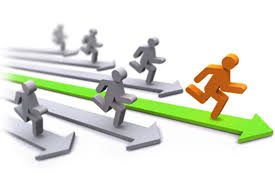 2.       Momentum is Easier to Steer than to Start: Like the strong man pulling the truck – the real strain is to get the vehicle moving. Once it is moving, it is simpler to steer the vehicle in the right direction. The reality is – your team needs to move before you can control the direction.


3.       Momentum helps the team perform at a level better than they really are: Once the team is moving and results are evident, people become motivated and excited, and start to put more effort in. As Momentum is the exaggerator of effort, every little action taken by team members seems to pay off with bigger rewards than anticipated. 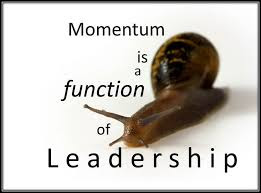 4.       Momentum must be generated by the Leader: With vision and passion the Leader leans his or her weight to take the strain of getting the “vehicle” to move. The team members will pick up and latch onto the energy and effort put in by the Leader. They will grow in passion and summon all their energy to support, but the first steps of momentum is the responsibility of the leader. 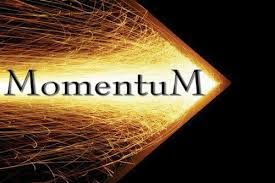 Whether writing a book, starting a business or building a house, the hardest phase is getting the project from rest into motion! It is hard, back-breaking effort that will be rewarded if pursued and pressure kept till the wheels start rolling. This is the greatest challenge for all leaders – do not give up before the wheel move.
at 10/06/2016 12:08:00 pm
Email ThisBlogThis!Share to TwitterShare to FacebookShare to Pinterest
Labels: Development, Engagement; Personal Development, leaders, Leadership, leadership development, Leading Edge, Management, Mind Mutter, Motivation, Success