Sitting in a meeting about culture, the Logistics Manager blurted out: I hate it when employees say ‘The Company should’, or ‘you should’, never taking ownership of their jobs or showing loyalty towards the company.  The manager had moved herself up in a medium sized pharmaceutical company, a family business, from receptionist to Logistics Manager in a few short years. She didn’t get the sympathetic and understanding response she was hoping for. 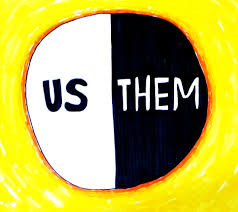 An ‘Us’ vs. ‘Them’ attitude amongst employees is also a form of culture, albeit an un-resourceful one. Culture happens within your team or organisation, whether you construct it or not. When employees avoid talking about the company in first person, but rather talk about ‘the company’, ‘you’ and ‘them’, know that as a leader you have failed to create an environment conducive to trust and loyalty.


So, as a leader, your concern should be to develop a healthy and resourceful ‘We’ within the team. ‘We’ doesn’t just happen, it has to be built. Leaders recognise when they arrange ‘team-building’ days that are designed to heighten the sense of belonging.


Every leader wants a ‘We’ team which exists in its own right, and which is more than the parts added together.  Appointed to be part of the team does not guarantee that people feel part of the whole, nor ensure that they will act like part of one.

The sense of ‘We-ness’ can vary, from being a coherent and strong sense of belonging to a fragile and seemingly distant relationship. Here is a list of checks you can use to explore the extent of ‘We’ within your team:


-          Does the combined whole seem greater than the sum of its individual parts?


-          Does belonging to the ‘we’ add to your sense of confidence, enjoyment, to the skills and resources available to you? 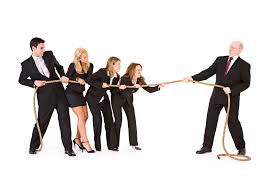 Our Logistical Manager was happy to tick these elements as evident in her team’s experience, but her team ticked differently when they were asked anonymously. A private discussion with team members revealed a common sense of ‘we’ killing behaviours and attitudes:


-          The team were punished for mistakes, but the manager too praise and reward for success


-          The rules of interaction changed to suit managements moods


-          Childish insults directed at team members, their heritage, their community by management


-          Outcomes were to satisfy the needs and wants of management only, with no consultation or regard for team members


-          Participation was encouraged, but all suggestions were met with some form of reprisal


-          Personality and personal identity was not tolerated within the team


The logistics Manager was hoping for a sympathetic ear, instead she got a simple explanation on how her management team behaviours caused the very outcomes she hated. Resolving the division within the company t form a resourceful ‘we’ didn’t start with the disloyal employees. The program of reform started within the management team and within the heart and mind of the team leader. Culture happens whether we purposefully craft it or not. The question remains: are you laying a resourceful role in the development of your team’s culture?