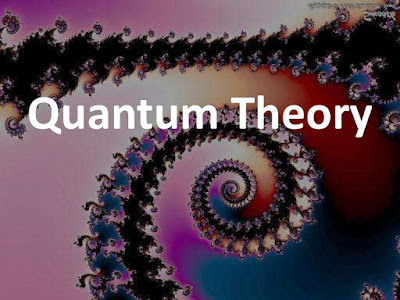 Quantum Mechanics is the science that studies the particles that make up every day objects including you and me. Experiments have discovered that these particles, viewed at a sub atomic level, behave very strangely indeed. Einstein called this science – Spooky! (Read the Quantum Theory Leadership - An Introduction - here)


Reading material on Quantum Mechanics, I began to draw parallels to the area of Leadership. After a comment a reader made on the seemingly opposing attributes of leadership (some say lead from the front, some say lead from behind) on an article posted on this blog, I began wondering if there was a definitive description of leadership with a logical and measurable manner to offer training and development.


What confused scientist initially about Quantum Mechanics is that they tried to apply the same laws to the particles that where applied to the objects the particles formed. Upon realising that particles did not respond according to the known laws, scientists took a step back and started studying particles more objectively. Often management rules and principles are mistakenly applied to leadership in order to explain the roles and responsibilities. 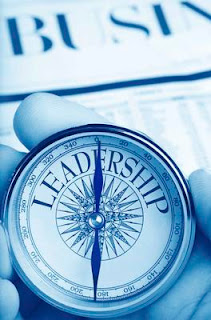 Leadership does not conform to the rules and principles of management, and we need to understand and learn a new set of rules and conditions that we must use to be effective as leaders. We are not saying management is not necessary or of less importance than leadership, merely the roles and responsibilities are very different and should be recognised and treated accordingly.


According to Wikipedia: In physics, a quantum (plural: quanta) is the minimum amount of any physical entity involved in an interaction. Behind this, one finds the fundamental notion that a physical property may be "quantized," referred to as "the hypothesis of quantization".[1] This means that the magnitude of the physical property can take on only certain discrete values. This relates to leadership in this example: A well trained mountain rescue, ambulance paramedic, fire fighter rescuer – is called to just save a cat out of the tree, and he responds with the appropriate tools in the corresponding manner to rescue the cat for the little girl crying.


Quantum Theory Leadership could be defined at a leader being fully qualified and equipped to handle each and every situation, but only responds with the minimum required appropriate interaction, in order to fully engage the team member, allowing their maximum input rewarded with maximum credit that the situation calls for or dictates. 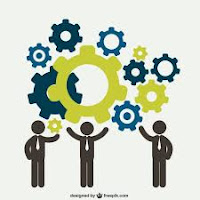 Being all things to all people in every situation, a leader responds with the necessary amount of interaction, with the minimum required amount of energy, in order to influence and guide the team to successfully achieve their desired outcomes.


Roy, a good friend of mine, often relays the story of a summer he learned to use a shotgun under his father’s watchful eye on his grandparent farm. Roy and his father sent a number of days out of the shooting range on the farm, as his father explained the dynamics of the weapon and the process of firing an effective shot.

Roy’s face always beams as he tell how his targets got smaller and further away as his confidence and ability to handle the shotgun grew. One hot Sunday afternoon, Roy ran to his father who was sitting in the front room of the house reading the local newspaper. Frantically Roy explained to his dad that he had seen a cobra slide up on to the porch outside the front door. Roy tells how he had anticipated his father would get up, fetch the shotgun and deal with the deadly intruder. To Roy’s amazement his father merely glanced at him over the newspaper and bluntly said “The shotgun ought to sort it,” and returned to his read.
Follow Me On Facebook!

Roy doesn’t share much detail of how he retrieved the shotgun, loaded it and dealt with the cobra that was about to invade his grandparents house, but he does exude the excitement of knowing his father’s trust in his ability to resolve the issue.  Even as a gentleman in his forties, Roy still lights up as he shares the stories of praise and appreciation he received from various family members at the dinner table that night.

Roy’s father unknowingly gives us a wonderful example of the Quantum Theory Leadership in action. His father was familiar with Roy’s ability to handle the shotgun, as he had been the teacher. His calm response with minimal fuss or instruction allowed Roy to take ownership of his ability. His father also got out of all possible manner to share credit with his capable son. His response and the subsequent praise laid the foundation for Roy to actively participate in competitive Clay Pigeon Shooting, and ironically enough, gave birth to a passion for nature conservation – especially for snakes, opting and teaching the least harmful ways to safely remove snakes from human habitats.


This beautiful example reminds us that as leaders we possibly have the knowledge and the skill to resolve any situation that may arise with deadly efficiency, but sometimes, responding with the least amount of energy and interference will result in what leaders should seek the most - the most amazing outcomes!

Other Articles on Quantum Theory Leadership by John Usher:
1. The Absurdity of Leadership
2. The 3 K's of Leadership
3. The Maths & Music of Leadership
4. The "Space" of Leadereship
at 6/07/2016 02:01:00 pm
Email ThisBlogThis!Share to TwitterShare to FacebookShare to Pinterest
Labels: Development, Engagement; Personal Development, Growth, leadership development, Leading Edge, Management