A leader will emerge as a team gathers to accomplish any sort of objective. A handful of key principles will assist a leader to lay a good foundation for his or her personal leadership style. The leader should also understand the phases of a developing team, understand what is required to keep the team on track. A working knowledge of the difference between a group and a team will help the leader identify where the team is in the development process.
Listed below are some differences between groups and teams to assist the leader with the identification:

·         The biggest difference is that groups are people united by a common cause, but are not productive. Teams on the other hand are united by a common cause and share a common goal.
·         Groups are motivated but directionless, whereas Teams are motivated and have a clear direction, with clear goals.
·         Groups mull around with no leader, with no specific role for each individual. Teams are defined by the fact that each member has a specific role with clearly defined responsibilities.
·         Individuals are drawn to a group by their loyalty to a cause, where a team member is selected for individual skills and abilities that can assist the team to accomplish specific outcomes. 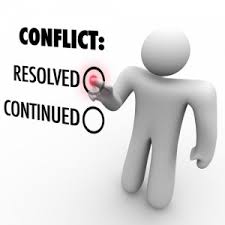 ·         Conflict will easily divide a group, whereas conflict in a team creates an environment for refined consensus and tests rapport to form trust.
·         Rapport exists between group members but no trust is formed. Team members have the opportunity to test rapport and develop trust.
·         Group individuals are focused on themselves, whereas teams are focused on the team and the achievement of the objectives.
·         Discipline within a group is often controlled and monitored by external forces and influences (such as police or stadium ushers). Teams are responsible for their own discipline which is managed from within. 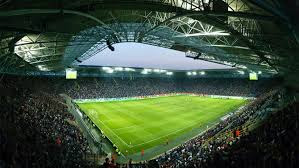 Using an example of a Soccer match being played at a local stadium will help us differentiate between groups and teams even further. Imagine you at the stadium to support your local soccer club. In the stadium you notice that the fans have gravitated to people who support the same club. People are naturally drawn to like minded individuals, forming a group of people united by a common cause. The cause in this case is the loyalty to the local soccer club.

The fans are excited, and demonstrate by signing team songs in chorus. The crowd is motivated and expectant. Yet, no one in the crowd has a specific role or title that relates to a function within the group. No one in the crowd is present because they were selected for skills or past achievements. They are there to support their team – on an emotional level. There is no leader. There is no goal or objective, but there is an expectation for their team to win. 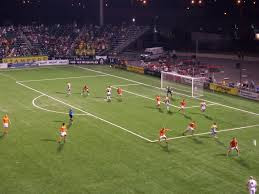 The group gains nothing should their local club win. The group may celebrate the clubs’ success, but the crowd receives no prize, no reward, no remuneration for their support of the club.  Once the game is over the group will break up and disperse. Each person will go in their own direction.

Think about how very different this is to the players on the field. The soccer players are a team, united by a common cause, but share a common objective or vision – to win the game. What does the team do differently? What impact does this difference have on their abilities and performances? Identifying if the people you have brought together function as a group or as a team will be such simpler, and will highlight your role as a leader – make a team!